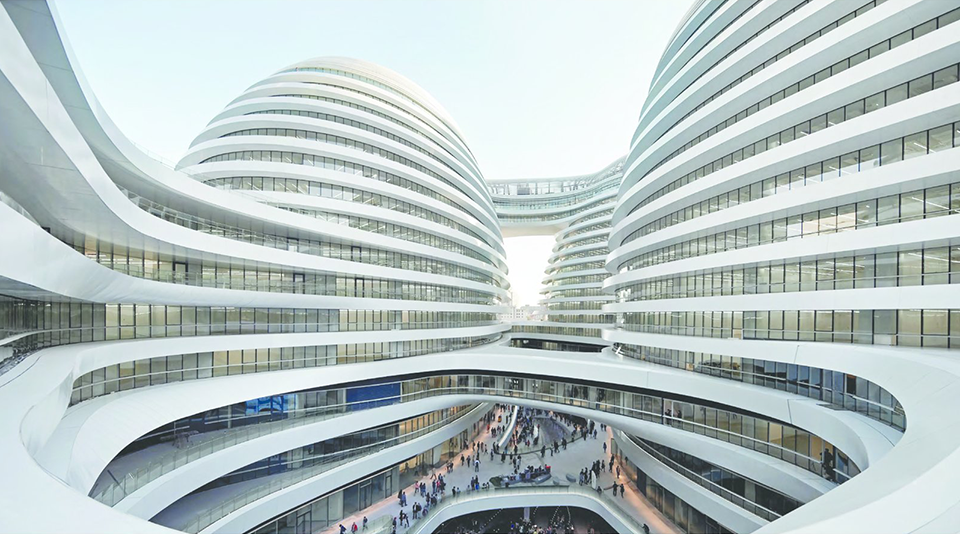 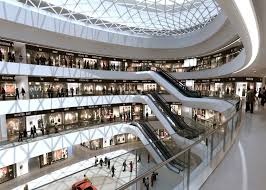 
he Galaxy Soho building comprises four main domed structures, fused together by bridges and platforms between curving floor plates to create a fluid environment that surrounds a series of public courtyards and a larger central "canyon". Zaha Hadid described the structure as "a reinventing of the classical Chinese courtyard which generates an immersive, enveloping experience at the Heart of Beijing". According to Zaha Hadid, the design is meant to "respond to the varied contextual relationships and dynamic conditions of Beijing". The exterior of the building is clad in aluminium and stone while the interior features glass, terrazzo, stainless steel and glass reinforced gypsum. The complex incorporates a cooled roofing system that minimizes the effects of microclimates caused by sustainable architectural strategies. There are 18 floors in total. The lower three levels of Galaxy SOHO house public facilities for retail and entertainment. The levels immediately above, from the fourth floor to the fifteenth, provide office spaces for businesses. The top three levels are dedicated to bars, restaurants and cafes that offer views along Beijing. The building is connected to the city's subway system.